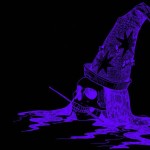 So, blog entries will be slowing down a great deal here since the current campaign (the one started after A Giant in Xuun ended so anti-climatically) has somewhat stalled out and we’ve lost a player due to work schedule. So it is uncertain as to when I will begin to post another campaign blog the next may be the campaign I will be mastering but that may be a few months in the coming.

However, I will be releasing a new article here and there as I get time to edit and post them, the next article will be a Tabletop Meditations #11: Elves, and should be posted around Weds or Thurs next week on this site.

Progress on the Arvan Setting

Work on the campaign setting book – Arvan: Land of Dragons – continues as the illustrations are being mostly by me at this point with that kind of work load everything else is going to have to suffer. Who would’ve guessed a World Spanning work take so much illustration? <:)

The actual release date for Arvan is unknown right now due to the bog down on the artwork but I’ll try to keep everyone updated as work progresses.

Sales have been better this quarter, thanks to all those who’ve supported us, so I am fielding for 1 or 2 illustrators and in particular we are looking for a Cartographic Artist. If any of you are interested email us with an approximate rate for full page, 1/2 page, and 1/4 page pieces. Please note are project budgets are always really small.

As the work on Arvan is taking alot longer than we had originally thought and scheduled for any new releases for this year will have to be pushed back even possibly into next year. These releases being: The Monster Magnus Vol. II, The Great Grimoire Vol. II, and the Complete Character Codex (print only).

Another hubpages article from Robert A. Neri Jr. about Game Flow in tabletop RPGs.

The article examines the derailment of a campaign resulting from flattening action and lack of player engagement. It proposes a solution and some tricks to get the game back on track.

The most common problem that Game-Masters have to face is that of managing and maintaining the flow of the game and what to do if it stagnates. How to keep the campaign from running aground?

The threshold where Nezor found himself extended as a ramp falling just about 10 ft. shy of 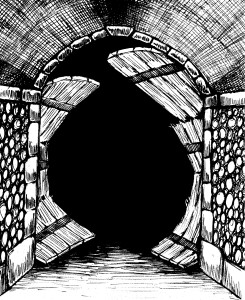 the statue which stood at the center of the rather large ground floor chamber. It was lit dimly by a dull blue light that hid most details and seemed to deepen even the slightest shadow and intensify the darkness. The room was of an alien design its floor was like a bowl its surface sinking towards the center and in place of a staircase was a smooth ramp winding up to a balcony shaped into the likeness of large serpent with fangs bared. Set in the sculpted eyes of the balcony were a pair of fire rubies which glared with an angry red light adding a tinge of menace to the eerie chamber as it mixed with the source-less blue glow.

The statue which dominated the center of the room was only about half of Nezor’s height but was masterfully wrought of black marble with a pair of glinting ruby eyes. It was of a stylized Naga warrior armed with a master-work steel pole-sword. Phenox and Zacha having bypassed the entryway trap came to either side of the giant. Nezor strode to the end of the entryway ramp and stepped hesitantly onto the depressed floor. Phenox moved around him and to the rear of the black statue at the bottom of the spiraling ramp-way.

Suddenly the statues ruby eyes lit with a violent magic red glare and it struck with its steel pole-sword at Nezor whom was barely able to move in time to parry the blow. The giant replied with a titanic club strike followed with a massive backswing either of which blow could’ve brought any flesh and blood opponent down. The statue was chipped in a few places. Zacha cast a spell and filled the air around the statue with dancing glittering multi-colored lights to no effect whatsoever. Phenox made his way up the ramp towards an archway he had spotted at the top behind the snake-head balcony.

Nezor again struck valiantly at the animated statue knocking of some larger bits of oily black marble. Then a shadow beast stretched from the darkness behind Zacha striking at her with its inky claws. She dodged. Another unexpectedly emerged from the shadows near Nezor whose armor absorbed the damage and he in turn stomped on the beast nearly killing it. A third clawed at Phenox engaging him in battle on the spiral ramp. Nezor in a desperate attempt to reduce the number of enemies swept his club in a wide arc (fortunately Zacha was behind him) slaying both shadow beasts within his reach and cracking the statue a little more.

Nezor once again parried the slash of the pole-sword just before the veil of darkness fell over the whole room blotting out all vision and light. It was an opaque and nearly palpable darkness as if pure shadow had been dumped into the air like ink in water. Zacha shouted out, “It’s a Globe of Darkness!” She paused for only one tense second, “he’s here.”

The grim-warrior continued to fight blindly and then killing the shadow beast with a lucky blow proceeded up the ramp to the balcony. He could hear the mystery mage slithering over the stone floor from the archway up there. Nezor in a panic made another wide arc with his weapon cracking what he assumed was the statue. Then he felt the pole-sword drive itself through his armor and deep between his ribs. His pained groan echoed across the black chamber.

Suddenly it felt as if the very air that surrounded Nezor had congealed and time seemed to melt into a thick morass. He felt the magic take hold of him, he was a victim of a slow spell. The giant could hear Phenox shouting something but his voice was distorted, slowed down. No doubt the grim-warrior was a victim of the spell as well. Nezor again swept with his club and in his frustration strained his muscles to the point of agony. A sudden bolt of lightning arced through the room illuminating Phenox as it struck him but nothing else. Then it was gone.

Zacha (whispering to the giant): “I’m gonna swap places with him, so he’ll be right behind you okay?”

The giant wound up his strike and stopped suddenly when he heard Zacha’s voice scream pathetically, “it failed I’m still here, still HERE!”

Nezor was barely able to deflect an incoming blow presumably from the statue’s pole-sword. He replied with a crushing blow but could tell the thing was still standing. He wound up again and suddenly couldn’t move a muscle. Another spell had taken hold of him and he was unable to move or defend himself. Another flash of lightning revealed the death of Zacha’s familiar who was engaging the cloaked figure on the balcony. Then Zacha cried out in pain and the giant could hear the sound of her corpse flopping onto the tower floor.

Nezor felt the searing pain of the pole-sword as it jabbed deep into his thick neck again and again cutting deeper each time. He felt his own blood run down his chest and fill his shiny plate-mail. All the sounds in room began to drown in the darkness and seemed so very far away then a horribly sharp pain stung into his neck and rippled throughout his body. The last thing he heard was the crunch of steel meeting bone.

Campaign Played between October 2015 and January 2016.