Szoo (played by Isis), Gornix (played by Gil), led by Excor (played by Cris) left the Red Helm after 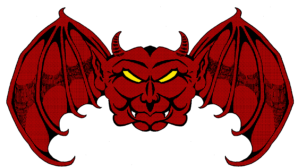 breakfast and ‘swooped’ by the Grove to ‘scoop up’ the druidess Fauna (played by Jenn). They were on their way to see Afsik the strange the antiquarian at his shop in the Harbor District.

Szoo, Gornix, and Fauna related the previous night’s shenanigans to Excor. Bumble was fine the stun bolt to the head had just knocked her out. They had ‘confiscated’ the book ‘for her safety’. Excor couldn’t wait to ‘dig through that book’ when he got the chance.

It was not long before they were walking into the tiny shop stuffed with every kind of knickknack, odd-and-end, and curious object. All of it was obviously very old and most was not very well cared for. Some however, did appear to be some sort of plunder. All was covered in dust, cobwebs, and all the iron was rusty and the bronze covered in verdigris.

The dark shop was damp and smelled strongly of a salty must that collects in derelict buildings close to the sea. A sudden disembodied exclamation from the piles of junk surprised the young mages, “What’re ya here for?”

Excor: “Belrae sent us; we were told there’s a job here?”

They heard a couple of unseen objects fall to the floor. Glimpses of the shadowy figure of a rat leapt back and forth through the tangle of junk. A ratling, landed with a light thud on top of an old trunk before them. His light brown fur tinged with white especially that on his face. He was also a bit more rotund than most other ratlings that they had heretofore seen.

Afsik: “I do have some work. It is dangerous and requires you to go below the city to the sewers.”

Excor (looking back at the rest): “Sounds good to me.”

They had accepted Afsik’s job, they were to seek out something called the “Dungeon Heart”, a red gem that shone with white light, and bring it back to the ratling antiquarian. They were to contact the Underlings, a ratling gang with control of the Ezmer sewers who would guide them to its location. Their Underling contact was one named ‘Dusk’. They were going to have to go to the rat fights held under the Ruined Wall in the demesne of the Bronzeheads to meet the ratlings.

They decided to seek out Gornix’s contact, Doubab of the Pesters’ Guild. The guild was a frequent participant in the rat fights that occurred every other week under the old wall. As the group left the small, dusty shop the tall figure of a young woman jogged towards them from the east. It was Athfonia (played by Perla). She had been sleeping on the beach near the lumber mill essentially ‘bumming it’ around the Harbor District of Ezmer.

So Gornix, Excor, Fauna, Szoo, and Athfonia together at last, began their long walk to the Pesters’ Guild House to see Doubab, Excor’s contact. Hopefully he could guide them to the rat fights helping to avoid any potential fatal pitfalls.

They wended their way along the foot of the beach cliff that stood between the Harbor District and the city proper. They walked up the ramp towards and then through the Four Gate Tower at the top along with an increasing flow of foot and light wagon traffic. Their path took them along the Outer Rung, a wide avenue that ran straight over the face of the Slavers’ Quarter. One side of the wide street lined with pens, pits and slave-marts, the other, shops and other common places of business.

They continued through the increasing press of traffic until they reached a public fountain that lay along their road. They turned off into the small circular paved plaza that surrounded it to refresh themselves. The plaza was mildly crowded with several folks sitting along the high stone curbing of the massive fountain. Some were dipping their buckets or jacks others were wetting rags and wiping themselves down.

A short distance across from the fountain some carriages had stopped in front of a large multistory shop of some sort. Painted on the sides of three of these carriages was an orange escutcheon bearing a barrel and a grain sack as charges with oak leaves and an acorn at helm. A family motto scrawled in Hyvalian characters along the bottom. The young mages saw a man in his late forties with a cruel expression stamped deep into his sunbaked features make his way to the central carriage dressed in finery of the most current fashion. Several armed footmen also in fine threads and arming doublets the orange shield emblazoned on their chests accompanied him.

Fauna: “Why does that sound familiar?”

As they gawked, a sturdy but short girl dressed in a fine silk and lace gown followed her elder. The girl turned and seeming to recognize them shouted “Hey Guys” and proceeded to jog clumsily to them waving her arm as if they couldn’t already see her. She tripped a few times but the pair of footmen accompanying her were able to prevent her from eating the age-worn paving.

The Players (pretty much all at once): “Bumble!?”

Of course, she was wondering what they were up to and was begging to come along. Excor was extra charming as he chatted her up finding out the older gentleman was her father. Baerox was his name. They were there to bid at one of the slave-marts. However, that ‘was sooo boring’.

Bumble: “Father wants a real fighter. He wants to get into the games.”

The group eventually decided to take her along. Of course, they had to allow her footmen to accompany them due to her father’s distant orders. Bumble had one of her footmen act as the back and forth messenger. They were on their way again just before high noon.

As they continued, Bumble and her men began to lag behind, the footmen duty bound to keep pace with Ilna. They had just made it about a block past the city offices and turned onto a narrow street that took them into the East District.

Isis (Szoo’s player; looking at the group copy of the city map): “You can sure tell this is the POOR district!”

Jenn: “She didn’t give it back to her father?”

Fauna cast Wind Rush sending the nearest imp careening into Bumble knocking her to the ground and the imp out. Imp number four reared and blew its fiery breath at the young mages. Szoosha making a simultaneous attack diverted the flames with his elemental power. Excor pulled his copper spike, a level one rod of Lightning Bolts, from under his robes and blasted the grounded imp hurting it. Athfonia cast Throw Flames but to no effect. The imps were fire imps. Gornix cast Chrono-Missile at the grounded imp hurting it badly. Imp number two burst into flames and clawed at Gornix narrowly missing. Number three also burst into flames and raked Excor with its claws wounding him.

Bumble’s footmen had already dragged her from the fray and were running away as fast as they could whilst dragging their burden. Imp number four cast a curse in Gornix’s direction but he was able to resist. Szoo cast Elemental Half-Plate Armor on Excor. The flames engulfed his body before hardening into a glowing glass-like material. He was wounded more than he had at first realized. Gornix attempted to cast Chrono-Missile yet again but the magic went out of his control. The resulting explosion blasted them horribly injuring all and killing Imp number four. The hideous hoof-footed creature screamed as it disappeared in a puff of flame and fetid sulfurous smoke.

Fauna, Szoo, and Athfonia were stunned by the blast (making Recovery checks to keep from dying). Gornix moved to Fauna and cast Close Wounds. Imp number one came to; he had completely avoided the magic explosion by a razor thin margin, and snatched something up as he snickered maniacally. Excor tried to blast number one with his spike but the creature was completely unharmed. The remaining two other imps leapt up from the ground to which they had been thrown. Gornix let loose more chrono-missiles at number one but did no damage. So Szoo summoned up his fire naginata and stabbed number one killing it instantly. As a result, Gornix jumped to where it had been laying and snatched up the gold bee trapped in amber stuffing it in his robes.

Gornix then cast Ghost Form on himself. Szoo cast Elemental Half-Plate Armor on Fauna to protect her. Fauna tried to cast Lightning Bolt at number three but the magic got out of her control and instead healed the creature slightly. Athfonia applied her Heal Other spell to Szoo. Number three surged at the black scaled Naga and scratched him. Number two followed suit and also scratched Szoo with its claws. Excor leveled his copper spike at Number two and blasted it away back to whatever fiery hell it came from. Gornix unleashed a Lightning Bolt at the last remaining imp blasting away most of the flesh from its chest. Immediately Szoo slashed at the creature cutting it. The little monster backed off and disappeared in a puff of acrid yellow smoke. Finally, Gornix cast Close Wounds on himself.

Afterwards they assessed the situation and finding the battle done decided to carry on. Bumble and her footmen were long gone.

Excor: “We better keep it. Something wants it bad so it’s some weird artifact or something.”

Szoo: “Those things were tough!”

Excor: “What are you kidding!? I don’t want that THING!”

They double timed it to the guild house and were soon playing a game of door tag with the unseen doorman through a shudder-slit in a heavy oak and iron door.