A light cool, breeze drifted over the irregular crowns of the tombstones, monoliths, and various stone 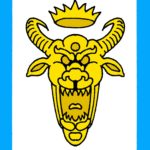 memorials. The air was strangely fresh having blown from over the ocean, up the Ezmerian cliffs, and onto the foot of the headland. The horizon was dull red with a brilliant yellow white slash in the west.

Excor (Played by Cris): “Man. We don’t wanna be in no graveyard past sundown! Sheesh.”

Excor, Gornix (Played by Gil), and Fauna (Played by Jenn) were making their way across the impressive Ezmerian Necropolis proceeding in a north-easterly direction in search of their quarry: a tomb marked with a golden, grinning demon. They kept their bearing easily using a combination of Clairvoyance (courtesy of Gornix and Excor) and Fauna’s divination skill.

It had taken them almost 2 hours to get to where they were at and they knew they were real close. The strange place posed little hindrance to them in daylight though Fauna had almost stepped on a viper unknowingly. Fortunately Gornix had spotted the creature and warned her in time. He had taken the lead and led the group at a breakneck impatient and nervous pace. Suddenly, they found that they were lost.

Eeriness assailed the minds of the young mages brought to a ringing clamor in their brains now that they had stopped to catch their bearings. The groupings of the graves, the locations of the tumuli, the narrow paths, and wide avenues all bred a vague familiarity within the trio. It was only that they had a brief moment apart from their all-consuming goal that the realization hit them like an icy wave. The layout of the ages old Ezmerian Necropolis was identical to the current layout of the fair bustling metropolis of Ezmer.

Fauna took charge and pulled out a dowsing rod, and easily led them straight to the titular tomb, which was literally just around the bend of a large barrow. The tall age-worn monolithic stone stood among a small tight group of similar albeit shorter stones and was nestled in a sort of alleyway created by the surrounding above-ground sarcophagi and small mausoleums. All covered with heavy tufts of yellow grasses and weeds as well as a thick layer and clumps of stony earth. On the face of the tall stone was a deep carving of a grinning demon with a crown floating above it head inlaid with gold.

The group duly noted that the carven image in the stone resembled, greatly and probably not by coincidence (tee-hee), the banner of the Golden Devil West Company. The Hyvalian trading company, which specialized in slavery and spices, oversaw the Slavers’ Castle in the Slavers’ Quarter of Ezmer.

Excor cast Danger Sense and kept his concentration acting as the group sensor. The great purple moon was quickly fading into a faint shadow as the first stars of the evening began to shine. Fauna inspected the tomb.

At the base of the monolith was a pale coffin-shaped slab of slanted stone. She could see several fresh pry marks all around the presumed edge of the lid but the seal appeared to be intact. Fauna tested the capstone but it seemed immovable. She tapped at the weatherworn stone and contemplated trying to smash her way in but quickly abandoned that idea. They hadn’t the means. All the while the image of the grinning demon seemed to mock her.

Gornix searched around the perimeter of the tomb and found that the lid was a false one. It only appeared that there was a lid; it was a single piece of cleverly carved stone. There was no prying it open.

Gil (Gornix’s Player): “Why didn’t they take hammers to this?”

Cris: “They would assume it was magic if they thought the lid was real. Besides we don’t know what kind of protections this thing has on it.”

None of the mages was able to sense any magic over the tomb but they were picking up some ambient magic about the place.

Stumbling to the east side of the tomb Gornix located a large weed choked sinkhole. He climbed down and found a secret door down into the tomb half covered by the earthen wall of the pit. Recklessly he opened it and peering within found spiral stone steps winding down into the black earth.

A loud groan emitted from a large dugout opening in the tumulus a mere 20 ft. across from them. Fauna immediately cast Invisible to Sight on herself blinking from view. Gornix fell to clearing the remaining debris in the way of the passage into the tomb. The sun fell into the sea and as the last rays of daylight extinguished Excor’s Danger Sense triggered.

The groan turned into a low rumbling growl. The young mages turned to see a pair of jewel-like eyes glaring with a multitude of angry colors as the creature emerged from its lair. It had bronze scales and gnarled claws on its four feet. Excor using his dragon-lore skill was able to discern it as a dragon, specifically a Wher.

Cris (Excor’s Player): “A DRAGON! Man, we’re only first LEVEL! You tryin’ to KILL US! How’re we supposed to fight this THING!?”

The Wher fully emerged from the burrow in which it was squatting and readied to pounce on any one of the three mages. Fauna’s invisibility didn’t seem to hide her from the dragon’s keen senses. Gornix ducked into the tomb entrance and made his way down the first few steps.

Gil (Gornix’s Player): “I stop after the first few to let the others in. Just in case! The steps are trapped. And I wait for those two.”

Excor cast Lightning Bolt at the dragon but dispirited as the bolt of white hot electricity harmlessly skipped off of its glistening hide. The foolish young mage stepped back towards the sinkhole stopping right next to an unseen Fauna. Thinking quickly Fauna snatched hold of Excor’s collar and leapt down into the ditch.

Just as the thing came bounding towards the pit, the druidess and the mage rushed into the stairway. Fortunately, the opening was too narrow for the beast to follow. It stayed for a few seconds testing the stone and earth with its claws. They could here its mighty lungs sniffing the air as it vainly plunged its maw at the opening.

Gornix stepped carefully down onto each step and in turn tapped the next with the butt of his staff. After several agonizing minutes, they were deep underground having reached the bottom of the spiral steps. Fauna faded back into view her spell expired. The tomb air was stale, musty, and surprisingly dry. Gornix illuminated the crystal at the top of his staff.

Excor pulled out some steel and flint and lit one of his torches. Fauna extracted an oil lamp from her pack and lit it. Before them lay a long stone tunnel its other end shrouded in darkness. The tunnels walls were of chopped stone with monolithic supports. Large flat flagstones made its floor and its ceiling was of large flat stone sat against each other forming an angle creating a peaked ceiling. They were in some sort of vestibule or antechamber with a domed ceiling formed of stacked stone, the only other way to go besides back up into the maw of a hungry dragon was down the throat of the tomb of Dag-Athar.

Excor: “Well I’m not going first! I’m stayin’ back here at the rear. Go on, you go ahead.”

Gornix took the lead and slowly moved forward over the dusty flagstones tapping at them a little bit before stepping gingerly onto them. Fauna followed closely behind.