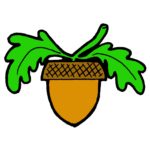 hypnotic effect on all those riding in the back of the high-sided wagon. Gornix the Ivoran wizard sat silent his body wobbling occasionally with the movement of the wagon over the terrain. Excor, the Ivoran mage in Westlander clothing, lit his pipe and after taking a deep tug at it, tried to start up a conversation with one of the rough looking men they had met outside of the Red Helm at dawn that morning.

The young mages were accompanied and being driven by four toughs presumably hired by Draiga Skullshine. They were all Ezmerian but undoubtedly thugs drawn from the city’s underbelly. They were hulking brutes with deeply scratched and heavily lined features. All were in some sort of dirty and haphazard sort of studded leather armor.

The leader of the four thugs was the eldest, with wintry white hair and beard and a crevasse of a scar diagonal across his face that etched a notch into his punch-flattened nose. He sat next to the second in command the next eldest with peppered black hair and a bristly dagger-hacked beard. They were driving. The young mages and the last two younger thugs were all sitting uncomfortably in the bed of the wagon.

Excor (Played by Cris)(at the thug directly across from him): “So. This necropolis we’re heading to … ya got any info on it … er.”

In response, the ill-tempered bigger man spat a gob of snot at Excor’s feet then looked away towards the sky. The hired ruffians had been hostile to the 3 mages since the start of the trip; they hadn’t even given their names to the trio. Of course, the trip was miserable. All were soaked in greasy sweat. They had left the relief of the fresh gusts of the salty sea breeze far behind as they traveled south away from the cliffs and sea on the western trade road out of Ezmer.

Fauna the rogue-druid was gazing blankly out the back of the wagon at the road behind and the choking cloud of yellow dust thrown up by the wheels. She drifted back to the night before.

After Draiga had met with the trio in the basement of the Red Helm and essentially hired them to retrieve a certain item for him, Fauna took her bindle and left for her regular campsite, the central grove.

The Grove is a large open park consisting of a remnant and very ancient druidic grove with a central great oak. At its head in the north is an open well-manicured field with a central menhir circle. To the west of this circle of standing stones is a permanent executioner’s scaffolding. At the south end of the Grove are the remains of an ancient amphitheater sunk deep into the earth. All this situated as the city center. A dense cluster of shops, taverns, and residences surround this marking the circular border of the Old Market District. The Grove has its resident tender hired to maintain it via the City Council.

Fauna was familiar with the resident tender, he was also a rogue druid and in the habit of calling her “little sister”. His name was Anishi. He was tall, in his mid-thirties, and dark of skin, probably with some Creschan blood, with black hair burned short.

Fauna had just reached an isolated spot in the Grove and just settled down in the grass. She was letting the sounds of the crickets and wind rustled leaves take her into dream when suddenly she heard a noise. It was a small group stealthily creeping towards her position.

Jenn (Fauna’s Player): “I ready my staff! Nobody’s going to touch my stuff.”

Just then, she saw Anishi emerge from the bushes. He was wearing a bright blue robe with a yellow silk noose around his neck. Being especially eagle-eyed for the moment (she Natural 20’d the Spot check) Fauna noticed a line of similarly attired individuals save that they had full hoods over their faces with only the perforations of eyeholes to be seen in lieu of faces.

Fauna (pointing at the other figures): “Who’re they?”

With that Anishi stumbled back quickly to the others and it appeared to Fauna that a brief but excited conversation ensued. He stumbled back and asked Fauna a series of strange questions. She answered each in turn. He smiled and cordially invited to join their druids’ group. She would come again to the Grove, to the amphitheater, on the next full of the White Moon.

Anishi: “Oh then we’ll have to kill you. Track you down no matter where you are in the city or beyond its walls. And kill you.”

She agreed to their terms and the mysterious group shuffled on towards the old amphitheater.

Of course, she followed, stealthily enough to remain inconspicuous, all the way to the old amphitheater and down the parodos into the orchestra. She saw the lead figure walk to the lichen-spotted stone altar at the center of the orchestra ground. The figure chanted some arcane words and gestured over the elderly stone. Miraculously the altar moved to one side revealing a secret stair down into the earth under the old amphitheater. It was down this that all of the members of this strange group, Anishi included, disappeared.

Fauna had briefly contemplated chasing after them but the altar-stone immediately slid back into place as soon as the last blue-hooded head dipped below ground level. She spent a few minutes inspecting the stone and found some very faint inscriptions around it though weatherworn to near invisibility.

Several hours later at dawn, she found herself in the back of an old rickety wagon driven by the city’s worst crossing through the metropolitan bulwarks headed south. The wagon trundled through the titanic stone gatehouse that served as the city-gates onto the exceedingly long drawbridge that spanned the moat.

Land-side a network of stone-faced adobe and packed-earth bulwarks armed with state-of-art repeating torsion ballistae defend the city. In front of the stone-faced defense wall and at the foot of its crenelated palisades is a spiked trench that runs the length of the defenses. In front of that, is a packed earth berm and in front of that a deep and wide stone-lined dry moat open to the sea cliffs in the west and connected to the drain-works of the Tanners & Dyers Complex in the east to prevent flooding.

A sudden bump in the road shocked her back to the present in the sun beaten wagon and flying yellow road dust. The wagon had left the trade road behind and was now passing under the towering arch of one of the several aqueducts that fed the city. It was already mid-day and in view of this Excor was getting restless. The wagon continued west towards the river Wira. It wasn’t long before the wagon had turned completely around north to follow the river back towards the sea.

Cris (Excor’s Player): “C’mon! How far away is this Necropolis? They still use it right!? C’mon! It’s gotta be closer than this! It can’t be more than half a day from the @#$%*^& city! C’mon! People need to get back before dark after a funeral!”

The wagon began to slow to a stop and all could again smell the cool sea breeze flavoring the hot, dry overland air. Without warning, a massive shadow passed over them sending Excor into a panic. He had spotted the full-grown Brown-Fang dragon just before its shadow fell over the wagon.

The Elder Thug (champing down on his pipe): “Gristle-Talon, he guards the Slavers’ Quarter, the castle back in the city. He’s a mercenary. Paid really well from what I hear.”

The dragon’s mirror polished breast-plate blasted the on-lookers with reflected sunlight. As the flew the glare dimmed so that they could see the city emblem, an acorn and oak leaves, emblazoned on the chest as it passed swiftly over. The mages watched in awe as the dragon disappeared into the endless blue distance.

The thugs began unpacking some supplies. They were passing out wooden bowls, pouring a ration of ale, and a wad of bread-mash to each member of the expedition. Thus the thugs began to soften the mash into an oatmeal-like consistency with the ale and slurping it down. So, the three mages followed suit.

After taking a brief break for lunch the wagon continued a little farther finally reaching their destination sometime after mid-day. The mages and the thugs disembarked. The trio could see a massive tombstone crowded cemetery across the well-rutted wheel-ground dirt road.

The Elder Thug (pointing to the north-east of the massive cemetery): “Over there. The far side, err, second rung.”

The Elder Thug: “That’s all I was supposed to tell ya.”

The other three toughs were setting up a makeshift camp by the wagon. The elder thug turned and walked away towards them leaving the mages to their own devices.

The young mages already knew what to look for in the Necropolis. The entrance to the tomb would be marked with a 10 ft. tall monolith on which was carved the gold inlaid countenance of a laughing demon with a crown floating above its horned visage.