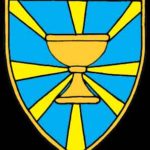 slamming into the blackguard. Jíen the necromancer cast Crippling Touch but failed to touch, luckily not tripping over his own feet. A Templar missed his strike on Jíen’s skeletal minion and vice versa.

Another Templar lunged at the young necromancer ready to land a hideous sword-blow until Jíen nailed the touch on a simultaneous attack. The Templar’s limbs shriveled and curled into what resembled gnarled tree branches and just as useless. The attack stopped, the churchman dropped to the filthy floor moaning.

Dravor the blackguard his charged weapon crackling with negative energy smashed the zanbato into the paladin gravely wounding the holy warrior. Trantox the assassin stabbed the second Templar, the Templar fumbling his great sword on the retort.

The paladin fumbled his attack against Dravor and a third Templar fumbled his attack against Trantox. A fourth Templar hacked through a rack of the minion’s ribs. Dravor turned on the fourth man with the horse-cutter killing him instantly in a spray of gore & brains cleaving his helm in two. Then the blackguard took the attack of opportunity to try to stop the paladin from snatching up his great sword. Although he struck the Hyvalian he couldn’t prevent him from rearming himself.

Dravor took yet another swipe at the paladin but missed. Jíen used his serrated dagger to slit the throat of the crippled Templar. Blood gushed and the third Templar smashed down the skeletal minion with his sword. The Paladin smote at Dravor grievously wounding him and Dravor smote back at him with a simultaneous power attack. The Hyvalian warrior though wounded horrifically was still on his feet.

The third Templar fell down dead revealing the formerly concealed Trantox with his blood-steeped blade in hand. In the midst of the bloody battle Jíen failed to cast a spell as blades zipped and whistled too close to his person for comfort.

The paladin landed a massive blow with his great sword hurting the blackguard badly. Trantox buried his blade in the last Templar’s back dropping him. The paladin hacked into Trantox and then the assassin stabbed the churchman back. Jíen cast Exsanguination on the paladin gruesomely wounding him but the holy warrior endured.

The paladin again turned on the Poisonwood assassin but the righteous blow deflected by the criminal’s silver blade. Dranor moved in and dealt the deathblow to the last churchman standing. After looting what they could from the corpses, the trio retired to a table on the other side of the Whiskey Troll Tavern and commenced to drinking while the bodies were disappeared. Jíen’s cut turned out to be 3 gold pieces, 55 coppers, and 30 silver pieces.

They had left the paladin’s sword where it lay for the troll-wife barmaids to haul away along with the corpses. It was an alchemical gold great sword with black enameled Hyvalian characters etched along its broad blade. It was too identifiable. The Templars on the other hand had steel great-swords so utterly devoid of decoration as to identify them more simply as tools rather than noble weapons.

The minion’s bones went with the rest of the detritus but its skull found a perch on the bar-board with a few others, a candle placed atop the cranium. Jíen wouldn’t have minded the loss much save for the fact that it cost 100 gp to create another and he was a broke at the moment.

Dranor had “donated” one of the Templars’ plain-steel great swords to Jíen’s fighter Bludbaer. Note that Jíen had left his gladiator-creature at the table the whole time. The secretly-undead fighter had sat mechanically guzzling wine while the fight raged around him. Onlookers were impressed.

Later, as the regulars rolled in so did a gaggle of Southland nomads, gypsies. Jíen decided to toss them his remaining gold bits in exchange for some random information. They pointed out a man-shaped ice-block frozen to a pillar near where the trio had faced down the Hyvalian Theocrats. A bit annoyed, the young necro-mage went to check it out, Bludbaer in tow.

He recognized it as a mage frozen solid, who probably fumbled his spell and its magic went wild on him; which side had he been on, if either, the necromancer could not tell. A half-faun Hill-lander buccaneer nonchalantly hacked off some ice from the block for his whiskey. Jíen left the place with Bludbaer heading for the tomb in which he currently made his home.

Not far from the tavern he saw Dravor in the street in a state of supreme agitation. There were puddles of boiling acid eating ruts in the street near the blackguard. As the angry evil-warrior gave each of the alleyways near him a cursory spastic inspection Jíen tried to rush past without being recognized.

But Dravor spotted him. “Hey! Where’re you going with my fighter!?”

Annoyed Jíen tried to play it off as if he couldn’t understand the heavily Poisonwood accented Westlanderish Dravor was speaking. Unfortunately the blackguard saw through the ruse. Unnoticed, Trantox had already caught up with them.

Dranor and Trantox were taken aback as they realized that the necromancer could speak and understand the Westlander tongue. He had in fact only just fully learned the language.

Dranor (Played by Gil): “So. Um. You could understand everything this whole time?”

Jenn (Trantox’s Player): “Oh! See! I told you don’t trust this guy! Maybe we should kill him just to be safe?” (My wife ladies and gentlemen)

Trantox: “Sooo. I need a place to crash, where do you live?”

Dranor: “Aha! So we know where you are now. The graveyard!”

The dark trio stood there a while arguing back and forth until Jíen spotted the dark priest, Exvorum, approaching them. Seeing an exit to his current predicament Jíen quickly walked over to greet him.

Exvorum: “Ah there you are my friends. I have come to fetch you for the master. You are invited to a feast in his honor.” With a sweep of his black cloaked arm, “Come. Follow me.”

The dark trio followed the Southlander priest with the shaved head and black robes into the Slavers’ Quarter, through the mart, and then into the Slave Pits of Korvo-Doom.