Unfortunately, my personal life has been keeping me very, very busy this year and more so the past month. 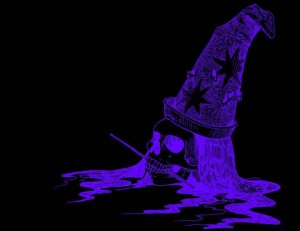 As a result I will do not have a blog entry ready for this week. However, the Cabal of Eight will continue next week and after that at a regular pace to completion.

I am working diligently on a few projects concerning the Arvan setting. Unfortunately only one is nearing completion. It started as a side project slated for some time next year. However fate has it that it might be ready in the next two months or so. But more on that later.

Meanwhile here’s a little something I wrote a while ago on using War and large battles as set pieces in fantasy campaigns.

Examples of this technique are few in my campaigns but are present. They are present in the Dragonslayers campaigns. The first example is in The Dragonslayers I Pt.13: Berserkers, Otkids & Crusaders, Oh My! At about the 8th paragraph (note the writing is rough and the narrative somewhat condensed). The next is in The Dragonslayers II Pt. 15: Troll Battle where the slayers assisted local forces in their mutual goal of assaulting a force of trolls and various other menaces shoveling out a dragon’s (Old Sawback’s) hoard. The last that I can think of is in The Dragonslayers III Pt. 3: Zombie Dragons Doom where the slayers fended off a force of a powerful Mad-Mage Lich-Lord’s army at their end of a city rampart. Hopefully the simplification and storification of the game didn’t completely wipe out the sense of time dilation.