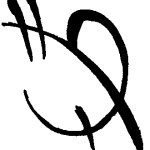 The sharp-toothed cannibals charged the slayers all bearing a common mark branded into their foreheads. Grom recognized them as an enemy of his tribe from the far north, dragon worshippers. All of the barbarians were clothed in red dyed bear-hide armor and wolf-skin mantles with steel pectoral plates held in place by a cross-harness and a spiked bracer on each arm, the armor also bore the same crude mark. The chief, baring his pointed teeth from under his open-helm and its antlers, was wielding a two-handed great bipennis axe in each hand and what they took as his second was wielding a two-handed great war-hammer in each hand. Just behind them were 7 warriors each wielding a two-handed great mace and following the 7 was a shaman wearing only a red robe and wielding an iron-staff covered in runes. All were also wearing gold medallions around their necks stamped with the familiar mark. Suddenly bounding over that group appeared what appeared to be a winged red-scaled dragonsaurus, Vorwulf instantly recognized it as a Drake. The creature was wearing scale mail barding.

The slayers disembarked their vessel. With some seconds before the raging barbarians would reach them Vorwulf activated the Ring of Orbs ability on his scimitar and Bear’s Endurance on his gold helmet. Grom cast Mass Bull’s Strength, as did the enemy shaman for his allies, and summoned 4 earth elementals which began to move forward very slowly. Vorwulf shot a magic arrow at the oncoming tribals which exploded in the air unleashing the Thunder Arrow spell raining arrows of pure electrical energy over the entire area. But they disappeared before colliding with their targets, the medallions around their necks glowed with unnatural power. In response the shaman cast Call Lightning with the same results.

Cris (with more than a little sarcasm in a rather hostile tone, and referring to the medallions apparent abilities): “OH OF COURSE they have something to stop magic! OF COURSE THEY DO! OH SURE, SURE!” He threw his hands up in the air in disgust. “SURE THEY DO!”

Vorwulf charged to meet the oncoming war-party which as they closed with the slayers erupted into a foaming rage. As it flew low over Vorwulf the drake unleashed its fire breath which Vor easily avoided. Magiia charged forward 50 ft. following after the battle-thirsty ranger. He quickly drew his great axe and attacked the charging war-chief dealing but a scratch to the barbarian. Grom cast Entangling Growth and caught every charging barbarian warrior save for the leader and his second within the twining grasses. The war-chief swung at Vorwulf missing. The red drake swooped in with a talon attack against Maggs barely missing his target. The barbarian lieutenant attacked Vorwulf missing by a hair’s breadth with his paired war-hammers. The entangled warriors were held fast until their shaman neared and he was able to counter the active spell freeing them as the spidery grasses retreated. The warriors continued their charge homing in on Maggi and Grom. Vorwulf continued his two on one duel with the barbarian chief and his lieutenant. Maggi engaged the drake and Grom pulled out a magic rod and used its Quicksand ability trapping 3 of the charging warriors. The fight continued this way with Maggi getting a powerful hit against the drake on a counter attack and Grom sent his elementals forward to try to get at the enemy shaman who was still a fair distance away. Four of the encroaching warriors finally reached and surrounded Maggi landing a few solid hits on her. Grom called down lightning on the enemy shaman, his medallion prevented it from harming him as before. The 3 warriors in the quicksand were able to extract themselves from the quagmire with a group grapple check roll of a natural 20. Vor was holding his own against the pair of powerful barbarians though he took a couple of nasty blows. Near the end of the round the Drake pounced on Maggi forcing her to the ground with a flying tackle. The 4 warriors that had surrounded her unable to reach the Ferenoi through their war-beast instead turned on Grom nailing him with several furious blows. He unleashed a primal scream on them dealing some damage and partially deafening them but they were proof against the fear effects and continued to wail on him with their spiked maces. The enemy shaman countered Grom’s elementals which melted back into the earth and used his iron staff to teleport right next to his counterpart and swung with the heavy staff. Grom caught with only a magic rod in his hands attempted to parry the red-shaman’s blow and successful got caught in a clinch locking the staff in a test of strength against the iron rod. Vorwulf found himself in a similar situation with his buckler locked with one of the leader’s great bipennis axes. Fortunately his sword arm was free and as he saw it one of the leader’s axes was tied up as well.

Maggi was able to force her way out from under the drake, Vor hacked away at the leader with his free arm, and Grom got free of the clinch by dropping the rod but the red-shaman whacked him in turn with the iron staff. The war-chief’s second swung madly at Vorwulf as did the war-chief with his free arm and freeing the other of the clinch with shear brute strength. The red drake lunged at Maggi with a powerful bite but was batted away and wounded savagely by her counter attack. The four warriors around Grom began to swing in unison with their maces and the shaman countered with a simultaneous Mass Animal Form spell. All four were zapped into rabbits which immediately fled hopping away in all directions. Maggi chopped the drake down with a finishing power-attack opening the mighty animal from shoulder to belly, shrieking as it fell. Vorwulf continued to battle the war-chief and his lieutenant almost losing his weapon in a serious fumble. Grom pulled out his morning star of supernatural might and swung at the red-shaman whose robes immediately shot forth dozens of red-scaled serpents which entwined the shaman’s body serving the barbarian as some kind of hideous magic armor. The morning star smashed against the writhing snakes and a few serpents struck back at him but missed with their venom dripping fangs. Maggs charged the barbarian lieutenant landing a blow but finding her opponent her toughest yet though she had drawn blood.

Magiia (Played by Jenn): “If he bleeds I can kill’em!”

After avoiding a powerful blow from the war-chief and with succor from Maggi engaging his second foe Vorwulf disarmed the barbarian leader of one of his weapons. Vorwulf continued his assault against the cannibal chieftain and Maggi blasted his second with blow after blow which he tried to match never quite landing a blow of equal power. Grom meanwhile valiantly stood against the enemy shaman and 3 of the barbarian warriors. The Blackwings’ shaman activated his ring of Frost Nova which unleashed a blast of cold which enveloped him dealing frost damage to any who would dare to strike at him and freezing 2 of the nearby warriors’ feet to the earth. The third however struck a horrid blow mashing half of Grom’s ribs into a single purple, bleeding mass.

The cannibal lieutenant and Magiia continued to exchange blows. Vor caught the chieftain in a fumble when he tried to parry his axe blow and nearly cut him in half slaying the cannibal chief in a geyser of blood. The ranger turned and ran to Grom’s aid. The warriors fighting with Grom alternated from getting their feet frozen to the ground and freeing themselves as they struggled to continue their assault with one nearly throwing his weapon in a dramatic miss and another bashing the unfortunate shaman with a natural 20 reducing him to knockout points. The red-shaman swung with his iron staff again the whistling blow ending in a clinch with Grom.

Maggi and her foe continued to furiously hack and hammer at each other. Vorwulf chopped into one of the warriors assaulting Grom. Grom activated the Mage Armor ability on his morning star in the hopes of saving his own life; a semi-transparent field of bluish light came around his body taking the form of gently glowing transparent full plate armor. The red-shaman attempted to disarm his clinched foe but failed. Vor was able to drop one of the still-standing fighters while the other two redoubled their efforts against him while the two shamans fought it out in single combat. Maggi eventually felled the lieutenant and moved to assist Vor; she was badly wounded by this time. Grom disarmed his enemy flinging the iron staff far into the tall grasses, it was lost. He followed that with a mighty blow of his morning star which tore through the red serpent armor; the tattered serpents fell away from the enemy shaman’s body and faded to nothingness. The red-shaman backed up about 25 ft. from Grom and cast a spell that caused his hands to curl into bestial claws.

The remaining pair of warriors landed massive blows (both Natural 20’s) on Maggi nearly killing her. She served back some damage back to them but they still stood fast. Vorwulf continued to strike at one of the two hitting only air. The enemy shaman slashed at Grom with his evil talons and Grom responded with a wide and powerful swing accidentally flinging his magic weapon several feet away. One of the warriors swung a massive and hateful blow (Natural 20) at Vor whom expertly parried with a natural 20 and the other warrior unleashed a possible deathblow at Maggi with another natural 20 roll but this time on a power-attack! She knocked the massively powerful strike away with a natural 20 of her own! She then replied with a nasty swing of her axe dropping the savage steeping herself and weapon in blood up to her elbows. Vorwulf took a few more swings to kill his enemy and then tossed the wounded amazon a healing potion. When they looked over to the dueling shamans they saw that Grom had clinched a paired claw-strike at his eyes and then wrestled the red-shaman to the ground and pinned him down.

They attempted to question the barbarian but he continued to fight and was able to free a single clawed hand. Vorwulf saw through his attempt to swallow some poison from a pouch around his neck snatching it away just in time so the savage clawed out his own throat. Maggs turned to the pouch which Vor had tossed away and saw a few strange looking yellow pills had rolled out so she scooped them back into it as she picked it up.

Magiia: “Hmmm what are these?” She shrugged and put the small leather pouch into her bag of holding.

The scent of human blood was overpowering. The Blackwings were surrounded by 10 butchered human corpses and a dead drake.

He looked over and saw the Wasp was still where he had been dropped. It was evident that he had tried his rawhide bonds but was too weak to escape.

The slayers walked over to beaten wizard. His battered face rolled up towards them. “Hi guys.” He said pathetically and then his face flopped back into the dirt. He had passed out.