Another hubpages article from Robert A. Neri Jr. about War and Mass Combat in tabletop RPGs. 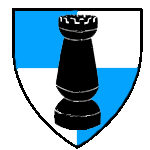 The article examines why, when, and how to use battle scenes and Mass Combat rules in a roleplaying campaign. It presents the idea of using War rules in conjunction with any standard melee combat rules but does avoid any specific rules citations.

In all kinds of fiction battles become set pieces providing drama, structure, and an action highpoint in many works. In a similar way Game Masters can use war to enhance their RPG campaigns.